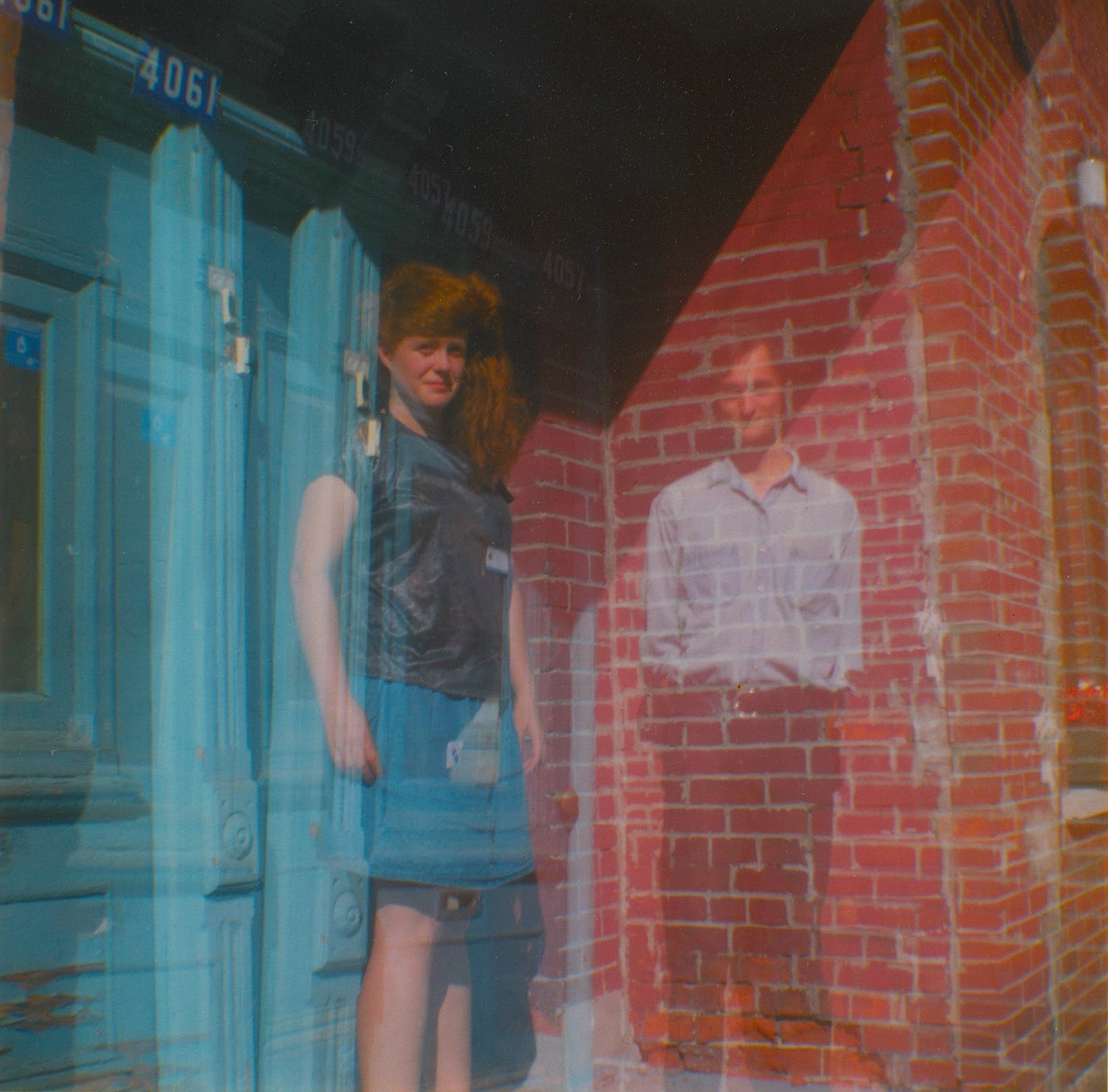 Fans of the Montreal post-punk outfit Ought may be taken aback by lead singer Tim Darcy’s new collaboration with aural experimentalist Andrea-Jane Cornell. Gone are the catchy hooks, synthesizer riffs, key changes, time signatures, and beats — all that remains by way of pop music is Darcy’s trademark lyrical delivery, and even that lovable sneer is dialed back in deference to an increased focus on spoken word and soundscape.

“It can be said of folks living in Montreal and making music that having a project with someone is the only surefire way to actually see them. We started working together informally with live improvisation sessions on CKUT Radio, where we both worked at the time. This lead to making long form semi-structured instrumental improvs at these sleepover drone nights at The Plant, where we first performed as A Freedom Earth Tower Satellite.

We talked about using elements of the places we were playing live shows in as sound sources, like fans and fridges and the resonance of window panes, and processing them live to create a bed or swarm of static and hum. There are some remnants of this idea deep in the layers of Too Significant To Ignore, such as a long sample of AJ’s fridge gurgling in “Cosmetic Sadness”. We spent many an evening in our living rooms, kitchens, and eventually the pieces started coming together in AJ’s tiny jam room in her apartment as we were preparing for our first live performance where many of the pieces on the album took their initial shape. The pieces continued to take form in a rehearsal space where Tim and a bunch of bands practiced at the time, where we could play as loud as we wanted to and get lost in long form explorations that were finally reduced to the tracks that appear on the album.

Both musically and lyrically there is an accordion of tension and release throughout the record. We feel that the album takes you on a journey that has unexpected twists, turns and revelations. It’s both a comfortable and uncomfortable journey, where one track goes into another and sometimes those transitions are smooth and others time jarring. Thanks for listening.” (Spin)

Too Significant To Ignore