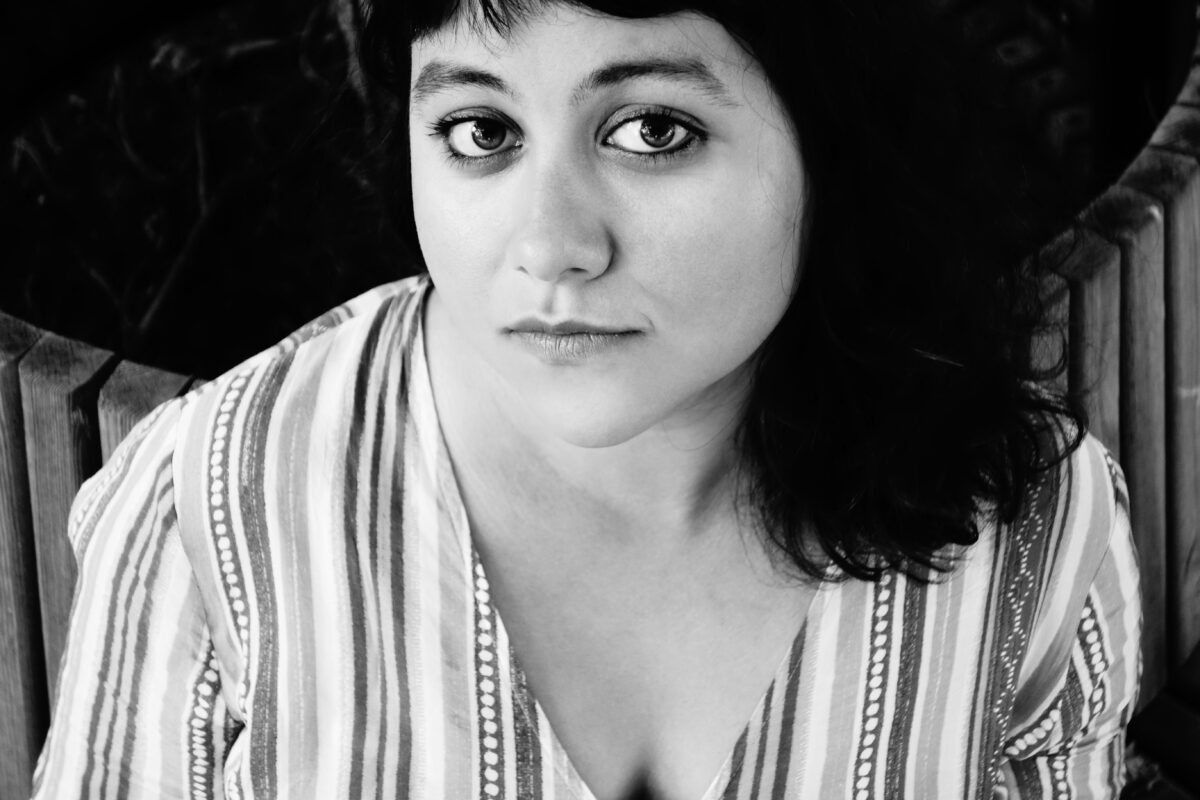 At an early age in her homeland of Turkey, Elif Yalvaç taught herself to play a hard-to-find guitar. Surrounded by an exciting variety of music, she found herself as fascinated with sound as with song. That fascination never diminished, eventually earning her a masters in Sonic Arts from Istanbul Technical University (after a BA in Translation and Interpretation), and it has been woven into the compositions on her debut EP Cloudscapes (2016), her debut album L’appel du Vide (2018), and now her sophomore release Mountains Become Stepping Stones, out December 4 on NNA Tapes.

On Mountains Become Stepping Stones (Yalvaç’s first release with NNA Tapes), the electronic/ambient artist leads listeners on a transformational journey through outer landscapes and inner feelings. Inspired by her travels to Nordic countries far from home, especially by Iceland and Norway, Mountains Become Stepping Stones reflects the raw vitality of nature: its danger and intensity, as well as its beauty. The record also draws deeply on Yalvaç’s inner world, and it reflects her conscious choice to keep creating in difficult times such as these, despite challenging personal circumstances. Using a vast array of instruments, including electric guitars, synthesizers, and a Game Boy, as well as field recordings from Iceland, Yalvaç’s compositions embrace opposites: microsound glitches with slow intense builds; celestial beauty with abrasive energy.

In September 2019, Yalvaç returned to Iceland–one of the countries across Europe that she has performed in–to reconnect with its magic and redefine her relationship with the landscape and her experiences there. Each piece on Mountains Become Stepping Stones is infused with a yearning for escape, whether outside or inside, and a desire to grow beyond limitations and pain, creating intense musical experiences that others can identify with.

The album’s lead single and opening track, “Brocken Spectre,” is named after the natural phenomenon: “When I was flying to Iceland for the first time from Bergen, Norway,” Yalvaç says, “it was magical to see a glory: seeing the aircraft’s shadow within a halo of a rainbow.” On this piece, Yalvaç introduces the Game Boy as a musical instrument, incorporating its soft sounds into ambient layers. “I wrote so much about Game Boy in my master’s thesis; it was now time to make music with it.” Rainbows also return elsewhere on the album on “Bifröst,” which is named after a small settlement in Western Iceland, as well as the burning rainbow bridge in Norse mythology. “Bifröst was a pick-up and drop-off point for me in my journeys to other parts of Iceland. It was a bridge for me in Iceland, and this piece also makes a bridge in the album sequence.”

“Under The Aurora 1” and “Under The Aurora 2” were composed after a life-changing experience beneath the magical northern lights: “I had some memories in Reykjavik that hurt me, but I picked up an e-bike and cycled for 15 km to a tiny natural footbath hot spring there, where I sat for hours, lost, with my eyes on the skies. I cycled back under the Aurora in the middle of the night.”

The value of the natural world also extends to birds on Mountains Become Stepping Stones. “Painted In Pitch Black” channels the flapping wings of a Phoenix rising from black ashes and “Huginn and Muninn,” is an ode to Ravens. “In some cultures, these birds are sometimes associated with ill or dark things, symbolizing that something bad might happen. To me, however, these are brilliant animals. I have seen more in Iceland than in any other place and they are so beautiful. To me, they sing beautifully.”

The album’s centerpiece, “Black Sand Beach,” features layers of electric guitars, field recordings (made in collaboration with Magnus Bergsson), and the sound of Yalvaç’s breathing. “The sand is the color of volcanic explosions. On one side you have sea stacks and basalt columns, and a cave. On the other, you have the North Atlantic ocean with extremely strong and dangerous waves. When you stand between the two, the sounds of the waves are very powerful. You feel small in the face of a powerful planet that is very much alive and changing.”

The last piece on the album, “Kintsugi,” references the Japanese art of repairing broken pottery by reconnecting the pieces with powdered gold, silver, or platinum. Translated to “golden joinery,” this piece represents a healing journey for Yalvaç: the process of being bent and broken into a better shape.

With Mountains Become Stepping Stones, we move with Yalvaç as she creates new memories and connections to her surroundings. “It is a celebration of individuality and uniqueness. We’re defined by our flaws, and something broken can become even more beautiful,” she says.