Nestled in the lush greenery of southern Vermont on the banks of the Connecticut river, lies the bizarre haven of Brattleboro, home to the chivalrous rock and roll duo Great Valley. Comprised of Peter Nichols and Jo Miller-Gamble, Great Valley have been kind enough to bestow their latest opus, “Lizards of Camelot”, to their northern neighbors up here at NNA. “Lizards” manages to cross over from a mere concept album into what we would call more of a “journey” album, by creating a vivid tale of a reptilian-led escapade through lands unknown. Peter and Jo weave this folklore with the classical palette of guitar, drums, vocals and keyboard, resulting in a warbly, technicolor flavor of rock that stands alone in terms of sonics and atmosphere. Tastefully twangy guitar lines flutter out over fat organ bass lines and ultra locked-in drum beats, with a unique concoction of bombastic drum triggers and synthesizer filigree bringing it all together. At times resembling The Cure playing a heated game of D&D, “Lizards” mixes up all the tastiest facets of rock into a cohesive whole, with elements of New Wave, progressive rock, surf guitar shred, and classic Sixties psychedelia all thrown into the mix. Peter’s slithery, love-soaked crooning narrates the adventure, like a bard’s song unfolding over a technical assemblage of rock-blocks. The strong, groove-laden songwriting is reinforced with warped, nitrous baloney interludes melting throughout, with plenty of digital flutes, chimes, and keyboard solos accentuating the odyssey. While hard to categorize, “Lizards Of Camelot” is soaked through with the unmistakable “Brattleboro sound”, fitting in nicely alongside like-minded freaky friends such as Blanche Blanche Blanche, Happy Jawbone Family Band, Chris Weisman, Flaming Dragons of Middle Earth, Big French and so on, many of whom have lent loving contributions to these recordings. Although DIY at heart, “Lizards” has all the makings of a well-conceived and executed proper Album, assembled at home by pouring imagination into an 8-track, like a punk mentality shining through a Brian Wilson-esque lens to create the ultimate bedroom fantasy. (bandcamp) 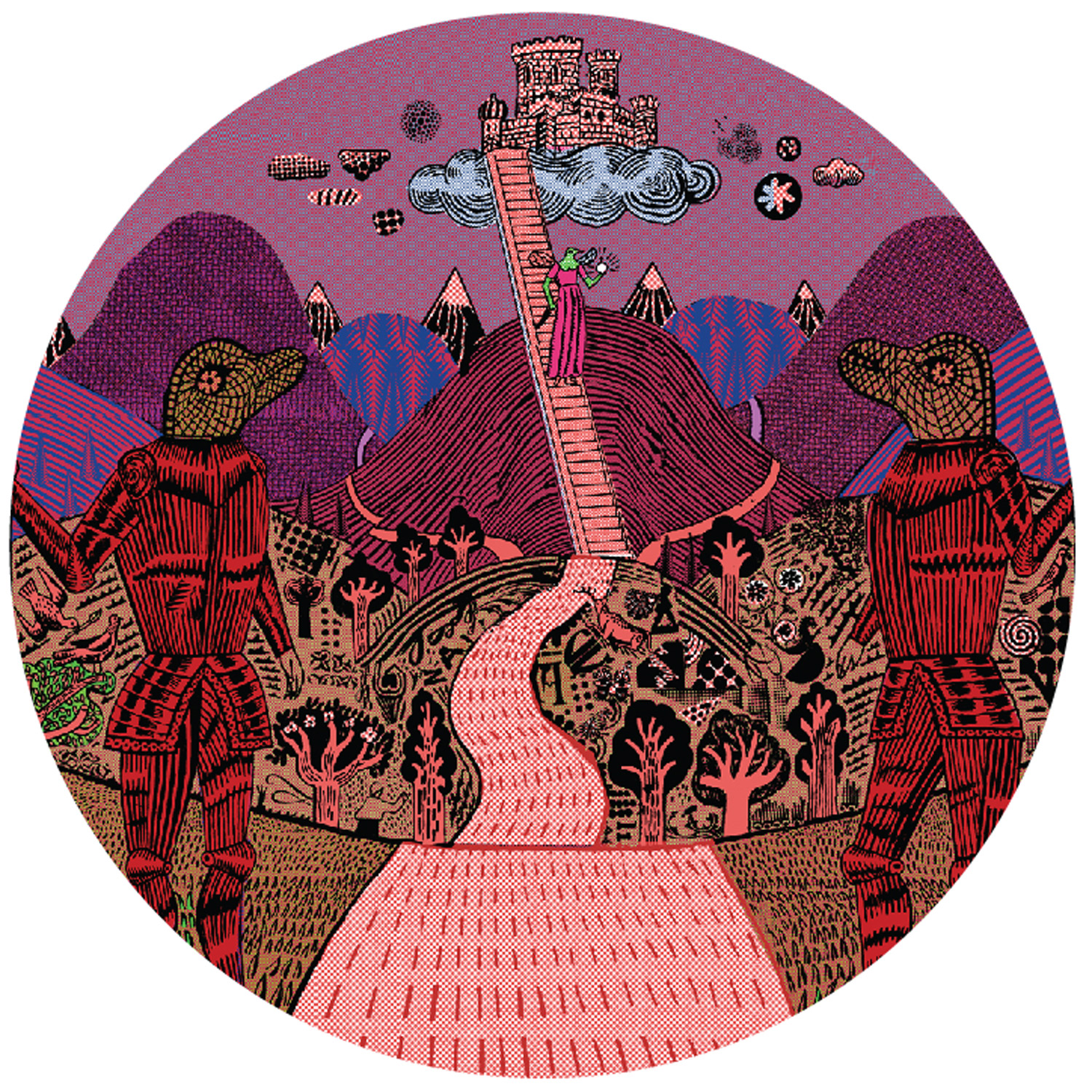