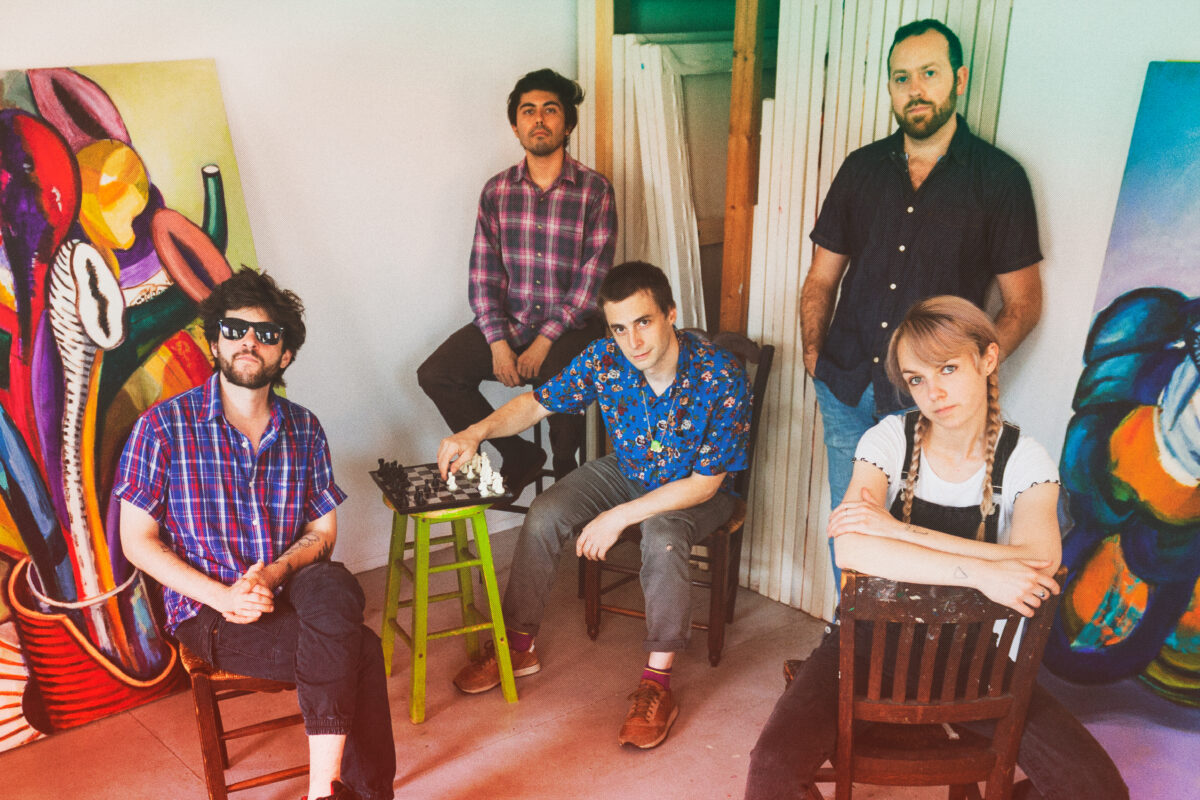 “Only recently have I really begun to open up about everything that’s happened to me in the last few years. These songs mean a lot to me; anyone in recovery knows that going through an opiate addiction and beating it is a big deal. I am living proof that it can happen to anyone. I’ve always written abstract lyrics that have eluded to my personal struggles, but this time I try to provide context to my metaphors and allegories. In this way, I hope to help other people who are struggling, and anything else that is a result of a corroded society that has left so many people in the dust – especially women. Drugs are such a dude-associated thing, which has made it even harder for me to talk about. I felt gross, other-ed, and alone. I didn’t think anyone would be able to understand or relate. Experiencing severe trauma as a child creates different parameters for normalcy, and inclusion. Statistically, women are more likely to hide addiction and keep feelings inside, making it potentially much more festering and toxic. Drugs affect people of all backgrounds, regardless of race, class or gender. Addiction hits us all, and it hits hard.”

Guerilla Toss’ origins are somewhat unusual. They started as an experimental art-rock project at the prestigious New England Conservatory in Boston. When Peter met Kassie at a DIY show in Allston singing in a metal/hardcore band, he quickly asked her to join Guerilla Toss and they played their first show together a week later at the infamous Death By Audio in Brooklyn, NY. The next two years were spent touring relentlessly throughout the underground DIY circuits in the US, Canada and Europe, playing house shows, warehouses, art spaces, and (literally) a pigsty in southern Spain. During this time they released a slew of tapes, records and EP’s, label hopping around underground staples like Feeding Tube Records, John Zorn’s Tzadik, and the Vermont based NNA Tapes. In 2015, Guerilla Toss signed to James Murphy’s (LCD Soundsystem) DFA Records and relocated to Brooklyn to focus anew on making records. The DFA years proved to be an inspiring time for the band and marked a significant shift in the ensemble’s sound and attitude. A-tonal hardcore elements were replaced by a more psychedelic and harmonic approach. Moshing crowds became dancing ones as the live show evolved. GT released Eraser Stargazer (2016) and GT Ultra (2017) on DFA, both of which were met with significant critical acclaim, while barely scraping the surface of anything remotely mainstream…further establishing GT as a cult act. But it was during this period that things took a turn for the worst: Carlson’s years of substance abuse culminated in a near-death experience, heart surgery, and a month and a half stay in Brooklyn hospital.

“It was very intense. Had I not had Medicaid I would have been completely fucked. I’ve never had money – I grew up poor – with a single mother in sketchy neighborhoods living paycheck to paycheck – sometimes one never came. We lived in motels and run-down homes until we got kicked out, never staying in the same place for very long. My father died suddenly and unexpectedly when I was a teenager. As a child, I never had financial help and usually held down multiple jobs while still attending school. At the time of my surgery, my income was low enough that I qualified for full coverage of all medical expenses, including a six-week stay in the hospital. My muscles were gone and I had to re-learn how to walk. Even simple tasks made me exhausted, but I have since greatly recovered.”

In late 2017, Kassie cleaned up for good and the band returned to the studio to record Twisted Crystal, their third album for DFA. After it’s release in September 2018, GT hit the road in the US and Europe with more confidence and vibrancy than ever before. With their expansive repertoire and set lists that cover each era of the band and change from night to night, you never quite know what you might get from a GT show.

“It’s crazy how fast it all came back once I stopped using – I didn’t expect my friends to be so forgiving, but things are back in full swing and have never been better. So many things keep me from going back to that dark place. But most of all its the music, being creative and getting to perform. I live a truly interesting life. Breaking the cycle of addiction is more than just stopping. It’s more about fixing your environment, getting deep into your brain and figuring out what creates that thick dark cloud of depression.”

All of this brings us to the new Guerilla Toss EP, What Would The Odd Do?; a further exploration into new territories, while still remaining true to their fringe sound. Another exciting aspect of this release is the bands return to the legendary avant label NNA Tapes for a one-off release celebrating the label’s new ownership. A portion of the proceeds from the album will go to the Harlem Harm Reduction Clinic, in an attempt to further our reach in the opiate crisis battle.

The album opens with the title track, What Would The Odd Do; a callout to all the lost souls that they’re not alone in feelings of existential dread. Peter’s intense drumming, alongside Arian Shafiee’s army of guitars, marches the listener into psychedelic oblivion. Kassie’s chorus of violins echoes the sounds of art-rock string luminaries Laurie Anderson and John Cale in the crusade to be your own God, control your own destiny. “If I think fast will I be wiser? Or does the test lie inside a timer? When you grow old are you a dier?” Perhaps it’s the quest for answers that unites us in the end, not the answers themselves.

“Plants” is a disco-post-punk-prog epic about the perceived psychosis of the fictional protagonist, Lara. Based off the books, What A Plant Knows and The Hidden Life Of Trees, the song combats the anti-spiritual western notion that plants are devoid of all communication, when, in fact, there is an entire language of which we are “blissfully unaware.” The track also explores the old-fashioned idea of a woman being crazy, when, in reality, she simply isn’t being heard. Stephen Cooper’s driving bass line propels a force that is somewhere between Hawkwind and Giorgio Moroder. While Sam Lisabeth’s exploratory synth explosions create one of GT’s most blissful and sentimental tracks to date. With additional drum production and sound design by Catskill, NY synth wizard, MaZmiTh, the track moves into a psychedelic oblivion.

The ferociously catchy hook of “Future Doesn’t Know” summons spirits of 70’s prog and rock greats like King Crimson and Todd Rundgren, with a shout out to modern torchbearers like Sheer Mag and Deerhoof. Carlson again uses her back-and-forth mirroring of existentialism to look deeply at life’s issues.

“Moth Like Me” is the album’s peak overload of drum & bass fury, with a hook for the ages. Kassie’s ear-assaulting vocal delivery moves at a million miles an hour, dictating feelings of going after something with passion, while not giving a fuck what anyone else thinks about it.

The EP closes with “Land Where Money’s Nightmare Lives,” an anthemic punk rock homage to 90’s trip-hop. “My home spinning sickly in the stars” is Carlson’s lament of an inevitable apocalypse that will be brought by profit and greed-driven climate change. “Its literally about our world melting and becoming more toxic by the second,” a metaphor Carlson quietly ties in with her own experiences of sickness.

Kassie Carlson is a true poet of punk, the voice of an unheard generation, the leader of The Odd. Few people have been through what she has…and making it out alive is just the beginning. With her band of musical misfits, Guerilla Toss is an unstoppable force of nature. Like all great and challenging art, their message is abstract, yet decipherable. And once the listener cracks the code, they’ll be immersed in a uniquely familiar world of wonder and excitement. What will unite us more than to celebrate the absurd and question what we’ve been told is obvious? Let GT be just one of the many songs among the soundtrack of existential infinity and divine recovery.

What Would The Odd Do?