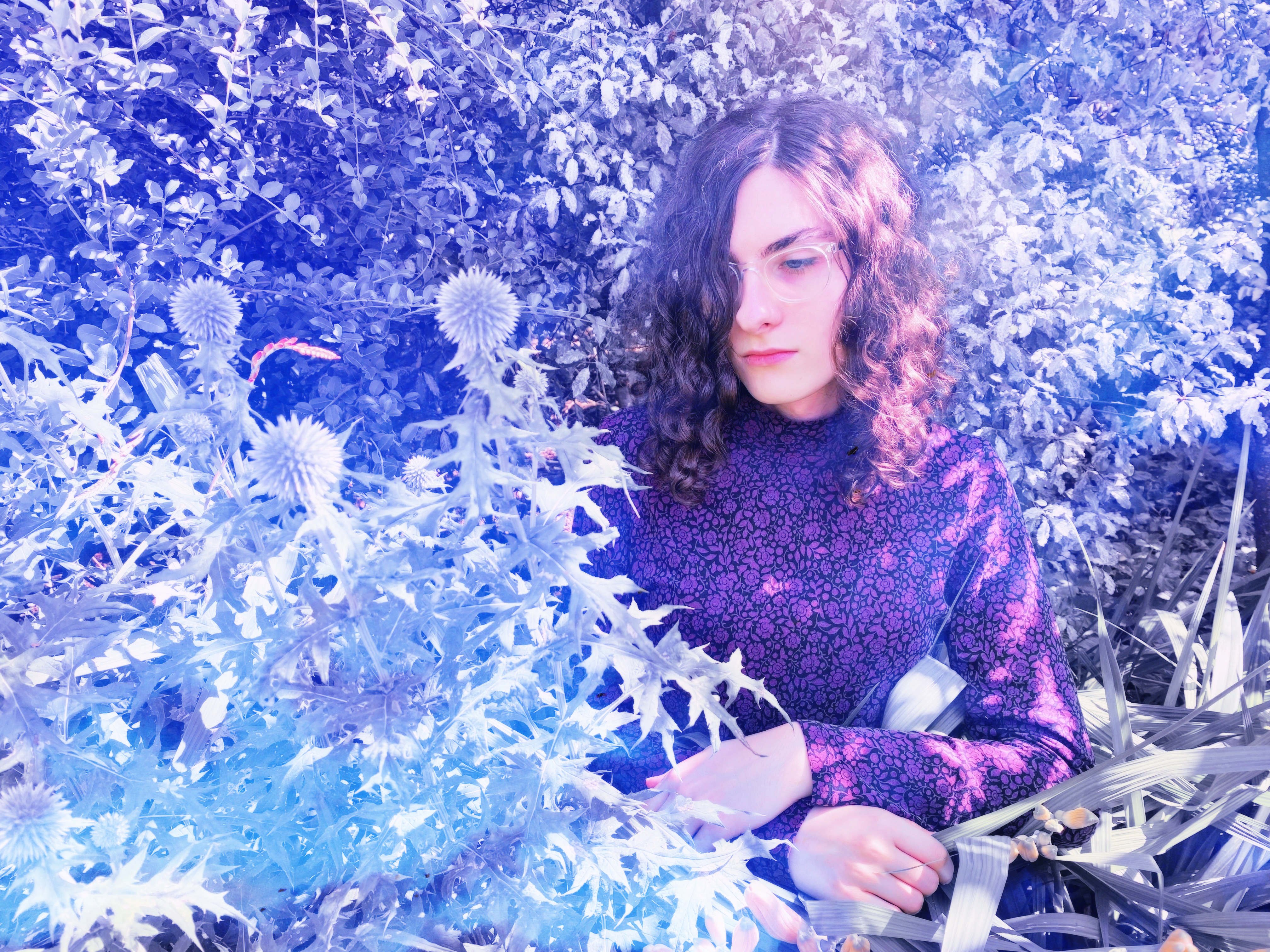 Dear Laika (the 23-year-old UK-based musician Isabelle “Izzy” Thorn) today announced her new album and label debut, Pluperfect Mind, will be released October 29, 2021 via NNA Tapes and Memorials of Distinction. Pluperfect Mind is an extraordinary creation—a beautiful and singular oddity which exists in the liminal space between dreamworlds and a blurry, watercoloured version of reality. It is a reflection on the past few years of Izzy’s life, during which she sought solitude in the North Wessex Downs while beginning her gender transition.

Alongside the announcement, Dear Laika has shared the emotional zenith of the album, “Black Moon, Lilith”, a song about desire, its reckoning and its actualization from a trans lesbian perspective. “There’s a common experience among gay people of seeing someone of the same gender and questioning if you’re attracted to them or if you want to look like them. This is a psychological and emotional quandary that must be resolved,” says Izzy. Utilizing angelic vocal harmonies, slowly blossoming piano and the distinctive warmth of the Roland Juno 106s, Dear Laika poetically expresses the over-thinking and over-feeling associated with this phenomenon in an otherworldly art pop gem evocative of Kate Bush.

A consistent theme of Pluperfect Mind is isolation, both from other people and from parts of herself, and the intention to overcome anxieties and reconnect. Pluperfect Mind also chronicles aspects of Izzy’s own transgender experience, from the painful tedium of waiting for hormone treatment, to the elation of finally inhabiting a body that feels right. It captures the sense of being cast adrift between an uncomfortable past and an uncertain future, living outside of heteronormativity and caught in “queer time”. Izzy’s mercurial songwriting aims to suspend the perception of time, allowing the listener to inhabit an immersive half-lit world of mystical landscapes, volatile atmospheres and shifting rhythms.

Having grown up singing in church choirs and listening to classical music, those influences can still be heard in Izzy’s music now. Although she rarely listens to classical music nowadays, the rich harmonies of composers such as Messiaen, Finzi and Ravel have left an indelible mark on her own writing, and she freely mutates samples of Bach and Beethoven beyond recognition. During her transition, making the shift from baritone to alto, she was captivated and inspired by the expressive intensity of Vashti Bunyan, Kristin Hayter and FKA twigs; her own clear, keening vocals soar throughout Pluperfect Mind, breathy and otherworldly. She whispers French poetry and lilts over lines about warped memories, exploring her inner world with gentle ruminations on love, hormone therapy and dreams.

Pluperfect Mind is a beguiling collection of vivid lyrics and celestial song, built around piano (sometimes prepared with screws), strings, choirs and synths, and bound together with digital glitch and field recordings. Comparisons can be made to Björk, Tim Hecker or Bat For Lashes, but ultimately, Dear Laika’s exploration of the experimental and the mystical builds something intricate and intimate that is truly original and bewitching.

Pluperfect Mind is out October 29, 2021 via Memorials of Distinction (UK) & NNA Tapes (ROW). Read the full bio and preorder the album on digital / cassette / vinyl here.