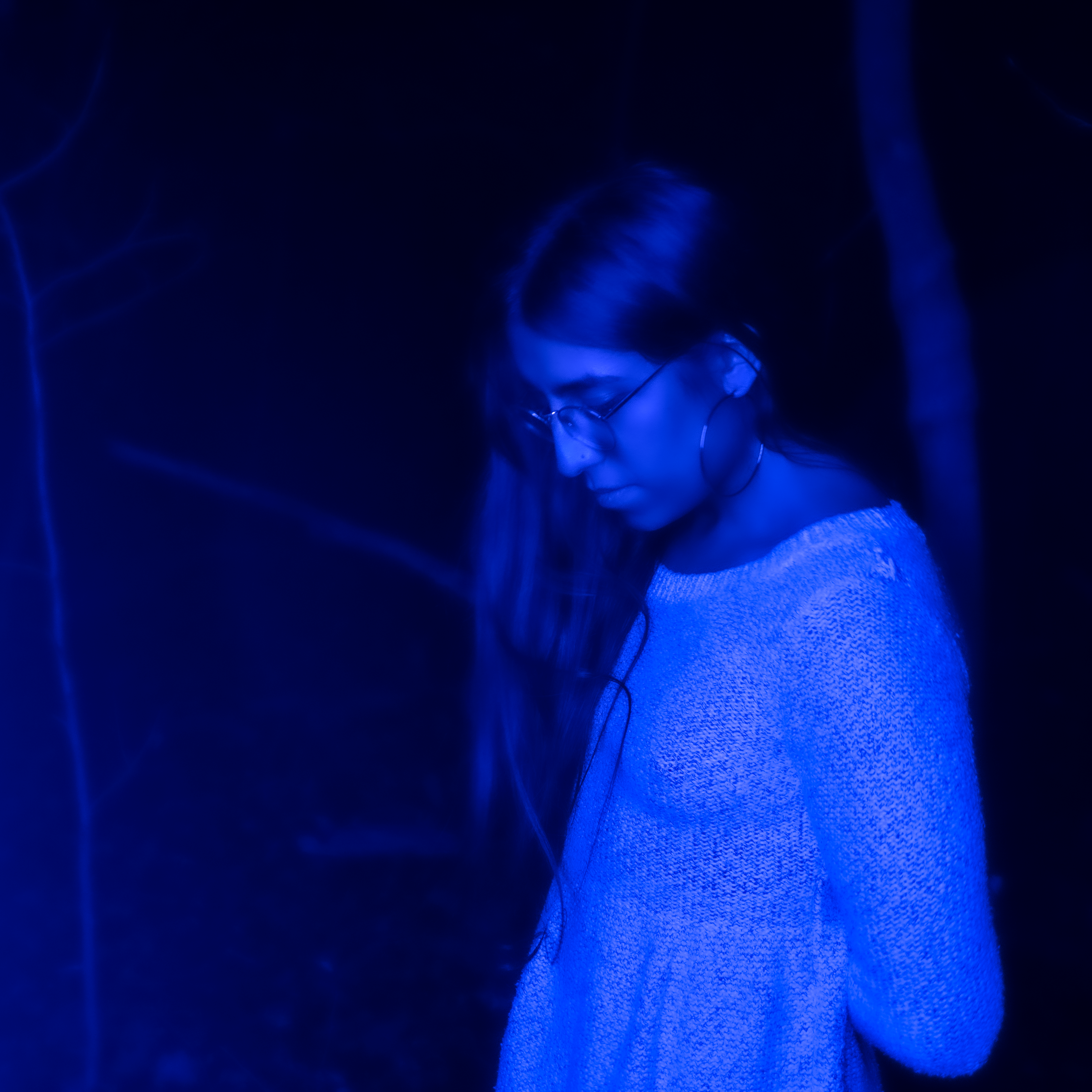 On the track Nayar explains: “I arranged nearly the entire song from processing one guitar progression into a bunch of different sounds—which then reveals itself in its raw form at the end of the piece from beneath the fog of all those textural mirrors. For myself, listening to it brings to mind: Nostalgia. Memory. Pulling back the veil, and the painful clarity of seeing yourself anew.”

Our Hands Against the Dusk is a kaleidoscopic release built from textured guitar loops, shimmering synthesizer crescendos, lyrical piano, and orchestral strings — all digitally processed and threaded through multiple genres, including ambient, emo, electronic, and contemporary classical. The album’s fluid but deeply felt through-line represents Nayar’s navigation through the many musical and human communities she has been a part of as an Indian-American trans person. Written over the past four years, Nayar’s debut full-length winds through vivid personal moments — ecstasy, ambivalence, grief, and calm — via the composer’s protean musical voice.

Our Hands Against The Dusk will be released March 5, 2021 on cassette and digital formats.