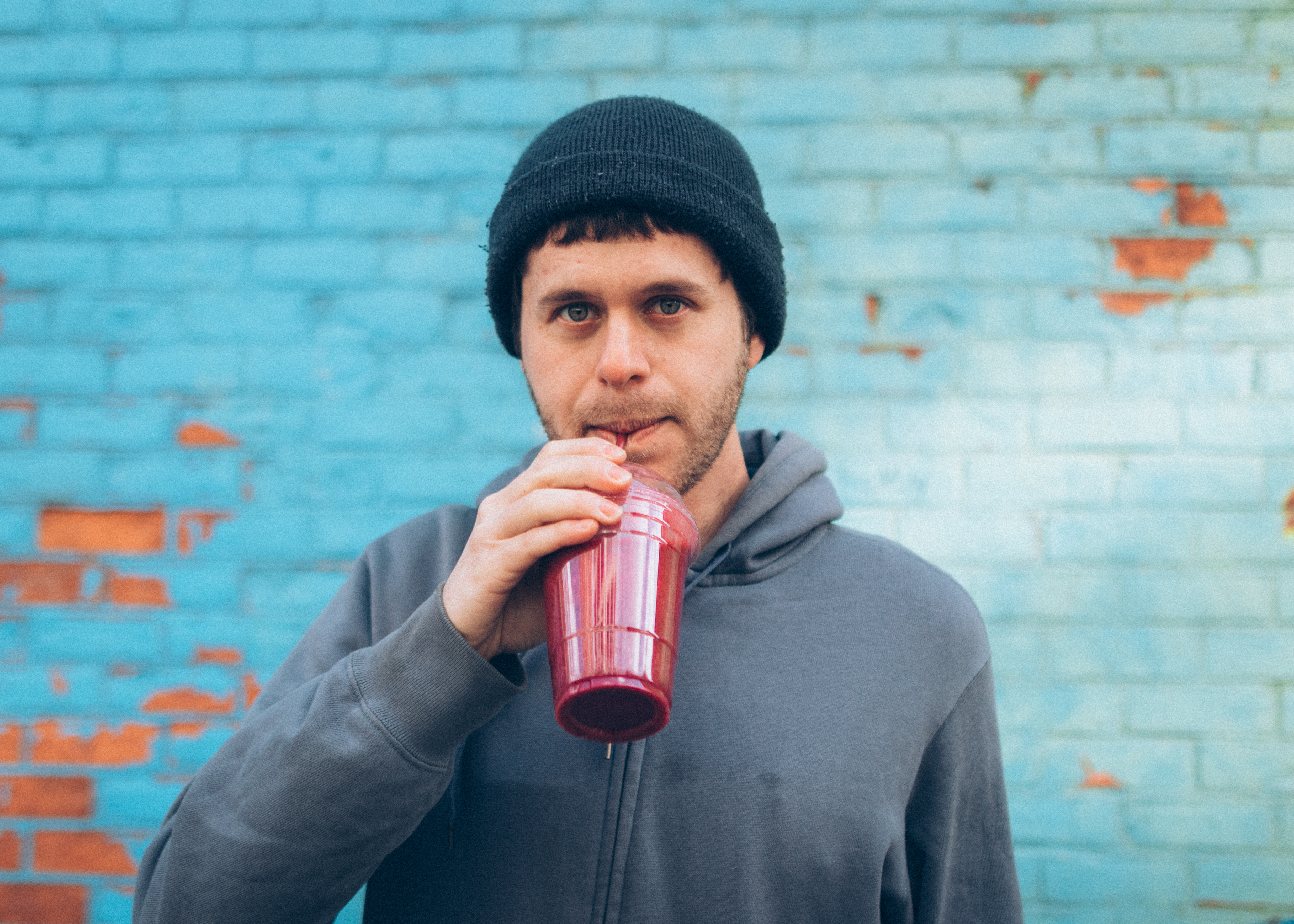 New York singer-songwriter, Stephen Becker, has debuted his new single “Slurpee” alongside a Santi Slade-directed video via The FADER, which they described as “a sweet song about relentless horrors.”  Of the poetic track, Becker says: “‘Slurpee‘ juxtaposes springtime euphoria with social anxiety, icees and sandcastles with middle child syndrome and political turmoil. The pervasive kick drum represents an existential anxiety about the state of things, a brain freeze in the sun that prevents you from really enjoying the sunshine.”

“Slurpee” is the second single from his forthcoming EP Nothing Sun Under the New, out October 30 on cassette and digital formats.

This free-spirited, almost unconscious nature sees Becker create a playground of escapism,  where snapshots of his life are exaggerated and fictionalised through an often ironic prism. He finds beauty in the in-between, where strange, abstract realms exist without the need for a clear narrative or rigid structure. Nothing Sun Under the New shines a spotlight on the beauty that can arise from a spur-of-the-moment mindset. By accessing this kind of process, Becker taps into something real and concrete, resonating through an introspective honesty. “I like to be freeform and fictional in my music, but my feeling is that within that abstraction lies a deeper truth, something more real than just the plain facts about me,” he says. “It’s a wash of sounds and lyrics, but the picture that it paints is ultimately more true and sincere than anything else.”