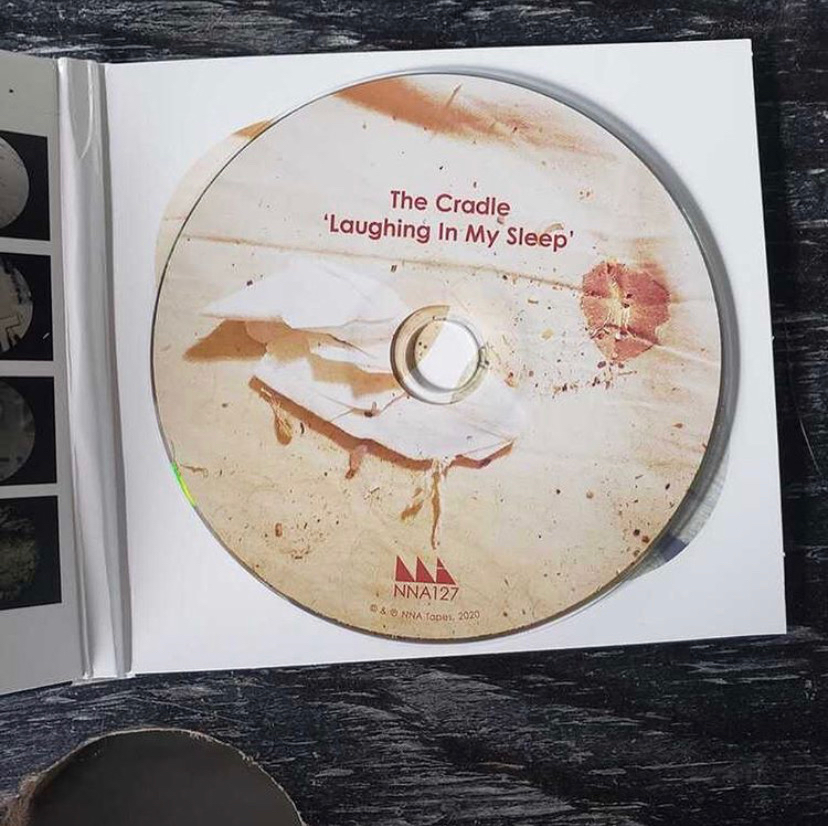 The Cradle
Laughing In My Sleep
By: Paco Cathcart

I recorded Laughing In My Sleep two years ago, Spring 2018, and the songs really come out of experiences in 2017 and early ‘18, which was a dense time with some healthy personal upheaval and a lot of traveling. April ’17’s month long Megabus/Greyhound tour was crucial and left me enamored with the idea that I could do a full solo tour without a car, and with the act itself of traveling around by bus (the song “Society of Men” came directly out of a bus station experience from that tour). That September we got pushed out of our house on Prospect Place in Crown Heights where we’d been consistently putting on shows for a few years (as a venue it was called “Bottom Bell”), and where a ton of music was written, practiced and recorded, (including every Cradle album from “Basketball is Beautiful” through “Bag of Holding”).

I was considering not settling back down in New York, thinking about moving or trying to tour and travel indefinitely, but ultimately I got lucky and found a room in November around the corner with friends. I think a lot of this album comes out of that happy coincidence that allowed me to keep living and making music in Brooklyn. The perspective of wonder and curiosity in songs like “End of the Day” or “Children” is involved with a kind of renewed, deepening appreciation for the breadth and wondrousness of the city I grew up in.

Early ’18 saw more traveling and also slowly detangling a longtime romance, and there are admittedly some pained anti-love songs on this album like “Eyes So Clear” and “One Too Many Times”. Hopefully these bluesier feelings are balanced out by the celebration and joy in songs like “Parasite” or “I’ll Walk”, songs about letting go and feeling free.

Form-wise, Laughing in my Sleep was supposed to be a summary album of sorts that would give someone listening to my music for the first time a little taste of everything. Previously, I had been particular when recording about making each project it’s own coherent and distinct sound-world, either through consistent instrumentation or a consistent recording process, but Laughing in My Sleep was the opposite. The drum-machine songs (“I’ll walk” or “See if it Lasts Longer”, for example), were recorded lo-fi on cassette, while the acoustic-guitar ballads were recorded hi(er)-fi on half-inch tape. Some of the songs are voice memos recorded on a cell phone that were supposed to be turned into proper songs later, but which, in retrospect, contained so much feeling and sense of place that I never rerecorded them. I wanted the album to give something different on each listen and give something different to each listener. I wanted there to be many landscapes, some near and some far, and many lenses to see them through, some blurry, and some clear.