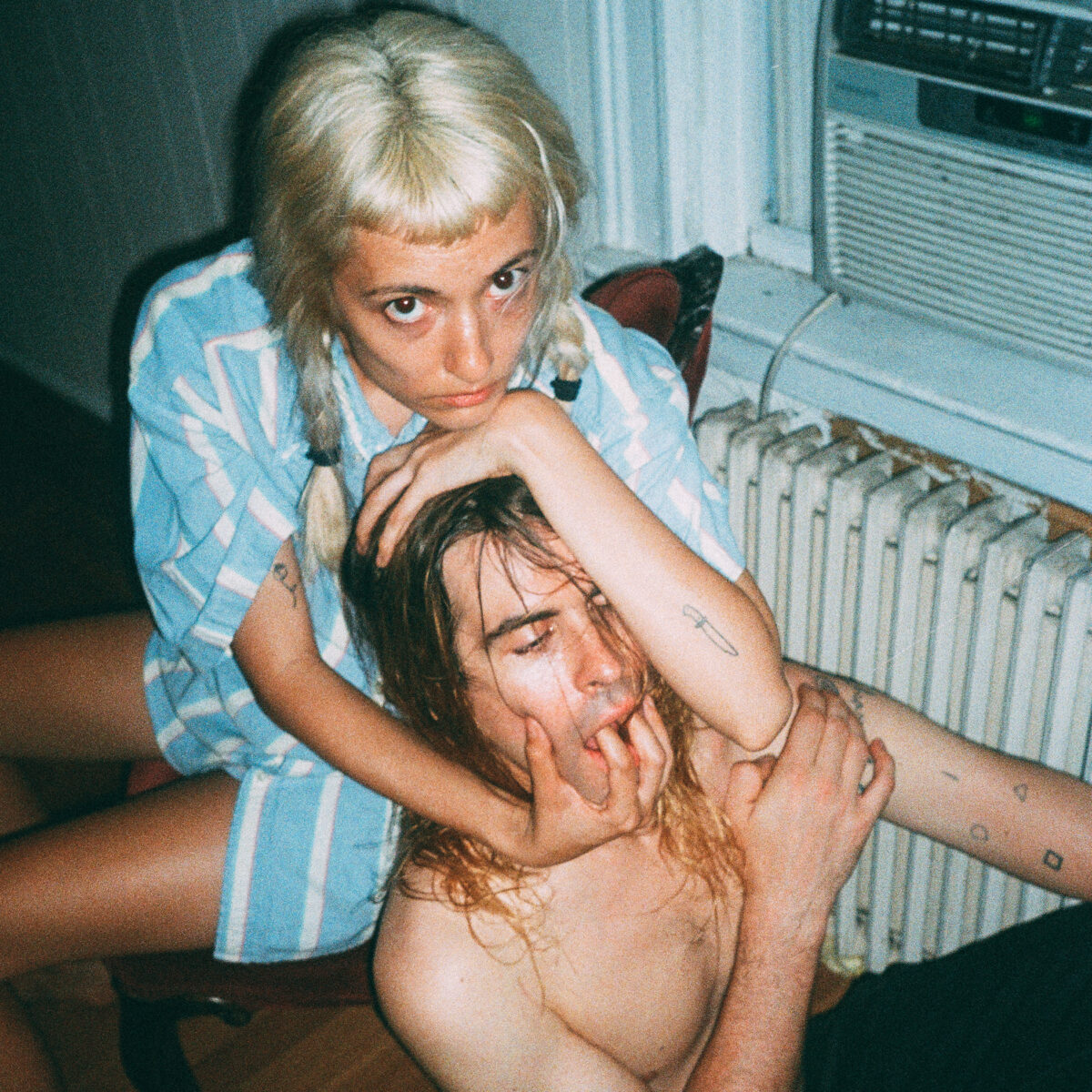 NNA is thrilled to announce the forthcoming sophomore LP from LEYA — Flood Dream — out March 6, 2020. Flood Dream includes a few tracks from their feature-length score of Brooke Candy’s queer pornagraphic film “I Love You” (made for PornHub’s Visionaries Director’s Club) and follows their debut album, The Fool, which caught the attention of Noisey, FACT, SPIN and more.

“Weight” is available now for listening on your preferred streaming platform:
♫ Listen on Spotify.
♫ Listen on Apple Music.

‘Flood Dream’ is available now for pre-order on Standard Edition Vinyl, Compact Disc, and Digital formats – out worldwide on Friday, March 6.
» Click here to order from our Shop.
» Also available on Bandcamp.

Framed within a network of outlying artists whose experiments sketch out far-flung deviations from aboveground movements, the work of New York-based duo LEYA stands out as an anomaly that exemplifies the idiosyncratic impulses of the avant fringe. Harpist/vocalist Marilu Donovan and violinist/vocalist Adam Markiewicz seem from a sidelong perspective to approximate the languages of neo-classical performance and post-minimalist exploration in their austere, meticulously rendered compositions. In truth, the duo’s own self-perception casts their project closer to the axes of noise and punk than conventional refinement.

As formally educated composers acutely aware of the traditions and conventions into which their instruments fit, Donovan and Markiewicz exploit preconceptions and confound expectations by pursuing the most transportive and emotional means of communication with their audience. Just as their peers warp systems of electronics or tropes from the pop and rock traditions, LEYA channel the surface signifiers of orchestral music and 20th century classical composition into deeply personal works that encompass bursts of raw dissonance alongside moments of spectral beauty. The duo’s performances shift the spotlight from the authority figure looming over an ensemble of players to those planted in the corner of a dimly lit basement populated with freaks who can’t help but fall into silence when confronted with the duo’s bewildering stimuli.

LEYA’s album Flood Dream follows the acclaimed The Fool (NNA, 2018) and their soundtrack to PornHub-exclusive short film I Love You directed by Brooke Candy. The Fool presented the project both in densely plotted duo pieces and joint efforts with New York luminaries like Eartheater, PC Worship, and Sunk Heaven. Though guests from LEYA’s wide social environment appear on Flood Dream, including vocalist/producer GABI, flautist/synthesist John Also Bennett of Forma, and bassist Tristan Kasten-Krause, the album pares back the presence of external artists as full co-writing collaborators to highlight the raw core of the duo’s practice. Flood Dream plays out as a decadent feast of the senses struck through with the disturbed influence of intrusive thoughts.

The album’s pieces each follow their own sinuous narrative arc, building from empty expanses of detuned harp arpeggios and languid smears of violin into climaxes draped in Markiewicz’s impassioned vocal lines. LEYA generate tension with their darkly operatic sense of drama, conveyed in weeping melodies and the desolation of solitary notes against blank backdrops, as they dole out fragments of resolution or momentary triumph before sinking back into uncertainty. Their arrangements bridge instances of baroque ornamentation and blocks of harmonic density with stretches of fugue state-inducing confusion built over dreary standing tones and repeated dissonant intervals.

In an industry obsessed with precise classification, how do we make sense of the ambiguous shadow LEYA casts over the landscape? The duo reject the tenets of the new music establishment and thrive within a scene of noise transgressors and electronic auteurs. In all of its indulgence and emotional upheaval, their music adapts as easily to the context of arthouse pornography as to a late-night bill populated with no wave acts and performance artists, without ever coming off as a harsh juxtaposition. LEYA’s music reveals that the boundaries between these disciplines aren’t boundaries at all — that everything pours from the same well into different vessels that might be carried off in opposite directions, but that will always returned to a shared source.