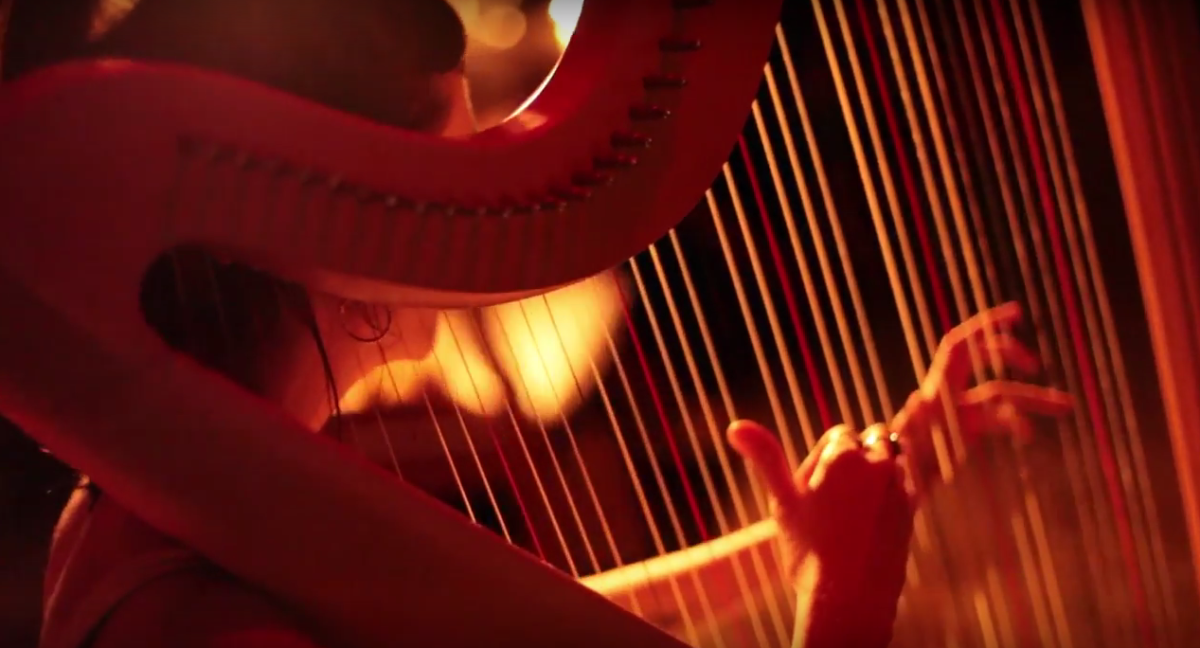 Our friends at THRDCOAST recently premiered a new music video from experimental violin/harp duo LEYA. “Cats,” directed by Corbin Ordel, creates a stunning and intimate setting for LEYA’s unique, otherworldly sound. Click here to watch & read a write-up by Gerard Marcus. Also available on our YouTube channel.
Here’s what director Corbin Ordel has to say about the video:

“I wanted to film Marilu and Adam from two places; the first would be outside, brightly lit, and loud, the second would be inside, dimly lit, and peaceful. These locations are a true representation of what their music does to me, both live and recorded. It’s a full on grounding machine, a peacemaker, music to make a pin drop audible inside your own head. I get chills when their natural holding of court makes every room they play completely silent, and how incredibly loud it gets with applause in their between songs. You feel the energy and blissful tension build up and you feel the release after the final notes are played. I wanted to represent this on film, in one shot, in a close up and personal way. The idea in my mind was to put a sheet of glass between us and the band, so as to keep our eyes directly on the musicians.

We walked out and cast our microphones to catch the sounds of the street, and the train, and the people, and their footsteps, and kept it rolling as we retreated inside to see Leya transform into performance, transitioning from talking to singing, walking to plucking, light to dark, everything to nothing, nothing to everything. We focus the light on the sounds of Adam and Marilu. These concepts cover our reason for filming in a place that is a very familiar setting for everyone involved in this video, outside is everything and on the inside is focus.”

LEYA’s debut album ‘The Fool’ is available NOW from NNA on Cassette & Digital formats.
Click here to order from our Shop.