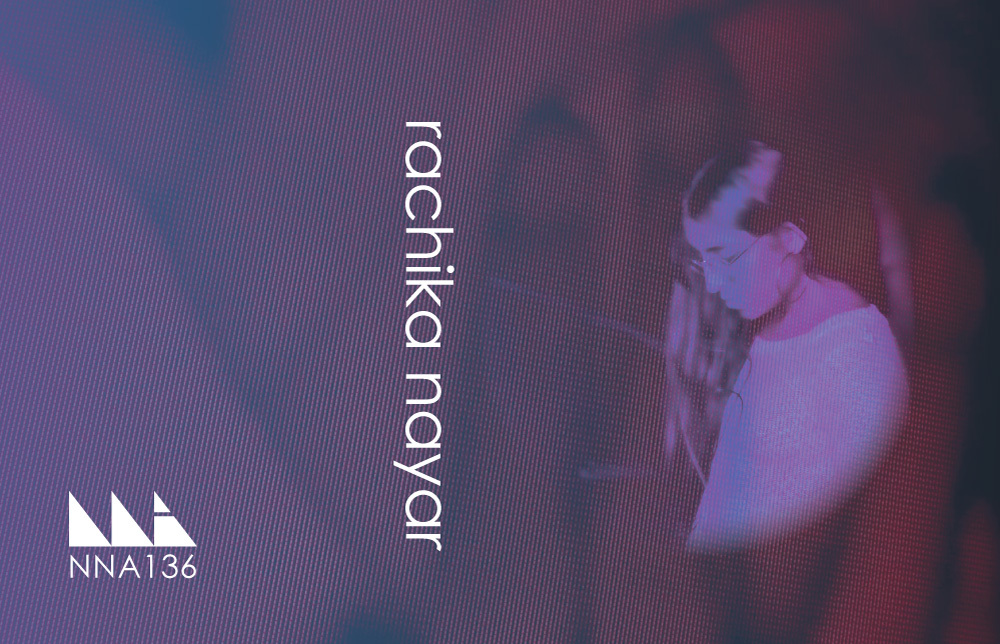 “As expansive as it is intimate… Magnificent music full of abstract memories and synthesized, manipulated sounds that function as a two-way mirror.”

– Bandcamp (Album of the Day)

“As the song progresses, endless variations of the sample emerge and collide like particles in an accelerator, assuming unexpected forms as they build towards clarity… a meditation on the potential of interpersonal touch.”
– Pitchfork (on “The Trembling of Glass”)

“Through all the wonderful textures, there’s an essence that doesn’t need to be explained, it can just be felt.”
– The Quietus

“Delicate but powerful, evoking the feeling of recollection in every wavering beat.”
– WIRE

The debut full-length from ambient-electronic musician Rachika Nayar, Our Hands Against the Dusk, is animated by the experience of “touch—not just caress, but encounters, collisions, and the point of contact between worlds. Composed over four years from digitally processing a combination of textured guitar loops, shimmering synthesizer crescendos, and orchestral strings, the album synthesizes a range of genres—modern composers, deconstructive electronic, even Midwestern emo and beyond. It’s a shifting stylistic bent that reflects a queer life woven between ever-evolving identities, discourses, and spaces as a trans-feminine Indian American.

The diverse influences are visible on longer tracks such as “Losing Too Is Still Ours,” which extends from rippling guitar figures and keening vocals to methodic, marching strings. Such titles reference a range of personal and cultural images—a Rainer Maria Rilke poem of great personal importance, an Indian mystic at whose Pondicherry ashram a family member had a moment of Hindu “darshan,” and other vivid motifs.

For Nayar, the album’s fluid but always deeply felt form is thus a way of translating that which could never be summed up with static names, words, or feelings. To that end, Our Hands Against the Dusk mines the flux and discontinuity of experience as fertile ground. Nayar’s debut invites us to join alongside it in thinking beyond metanarratives, as musical and emotional histories touch in its twilight space and refract into a multifaceted whole. In that endeavor, Our Hands Against the Dusk is an embrace and a hope.

Available through Bandcamp & our web store, and at select indie record stores.